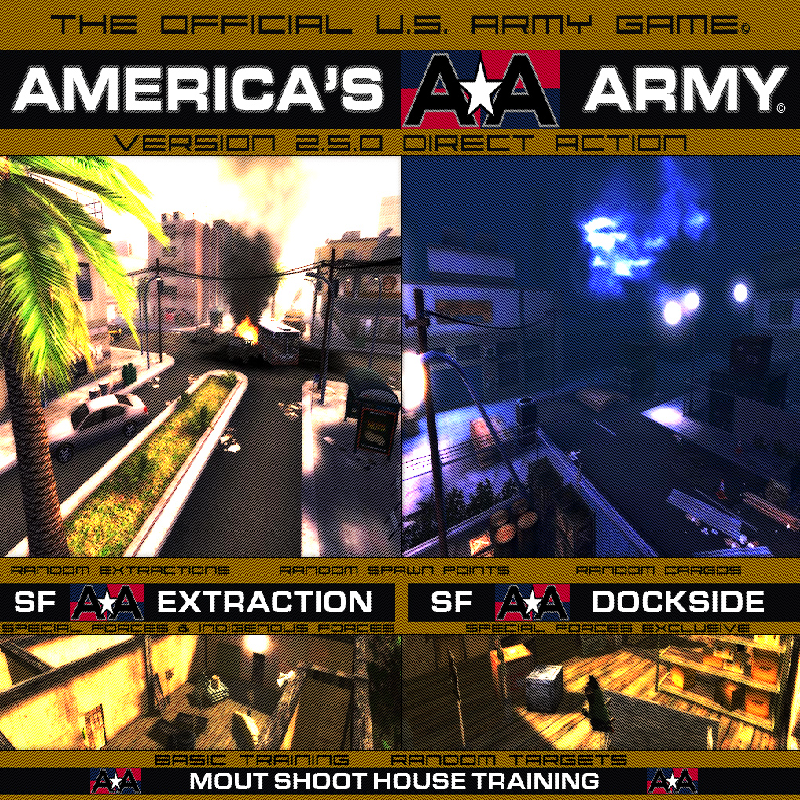 Americas Army is a series of first person shooter video games developed and published by the US Army, intended to inform, educate, and recruit prospective soldiers Launched in 2002, the game was branded as a strategic communication device designed to allow Americans to virtually explore the Army at their own pace, and allowed them to determine if becoming a soldier fits their interests and abilities Americas Army represents the first large scale use of game technology by the US government as a platform for strategic communication and recruitment, and the first use of game technology in support of US Army recruiting